A scenic flight with Aer Arann from Inverin Airport outside of Galway, takes in the cream of Ireland's scenery which is the reason 82% of tourists come to Ireland. The Connemara coastline with the majestic 12 Bens (mountains) in the background, the world famous Cliff of Moher, which is pretty much on every visitors bucket list and the 3 Aran Islands, Inis Oír, Inis Meain and Inis Mór with its ancient fort, Dún Aengus perched on a spectacular cliffside setting. Without doubt this is one of the Top 10 things to Do and See in Ireland, if you get the weather? ie It is better to arrange this on spec while you are actually in Ireland. Aer Arann’s scenic flight in an 8 seater plane departs daily about 12ish during the summer. Tip, if you are a keen photographer and show up early ask if you can sit beside the pilot for a ring side seat of best views in Ireland. 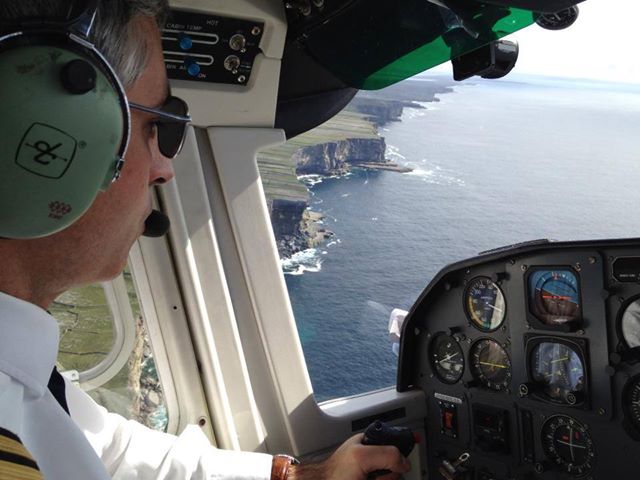 Last saturday was just such a day and as luck would have it, what we call ‘a pet day’ in Ireland (which means an unseasonably warm and calm day which we can even get in the middle of winter) the type we have become accustomed to grabbing with both hands lately, lest it be our last ! As always there is a mixture of islanders and tourists in this pocket size airport which Aer Arann proudly boasts operates more transatlantic flights (albeit 15 minute ones) daily than any other airline in the world with its busy service backwards and forwards to the Aran Islands. 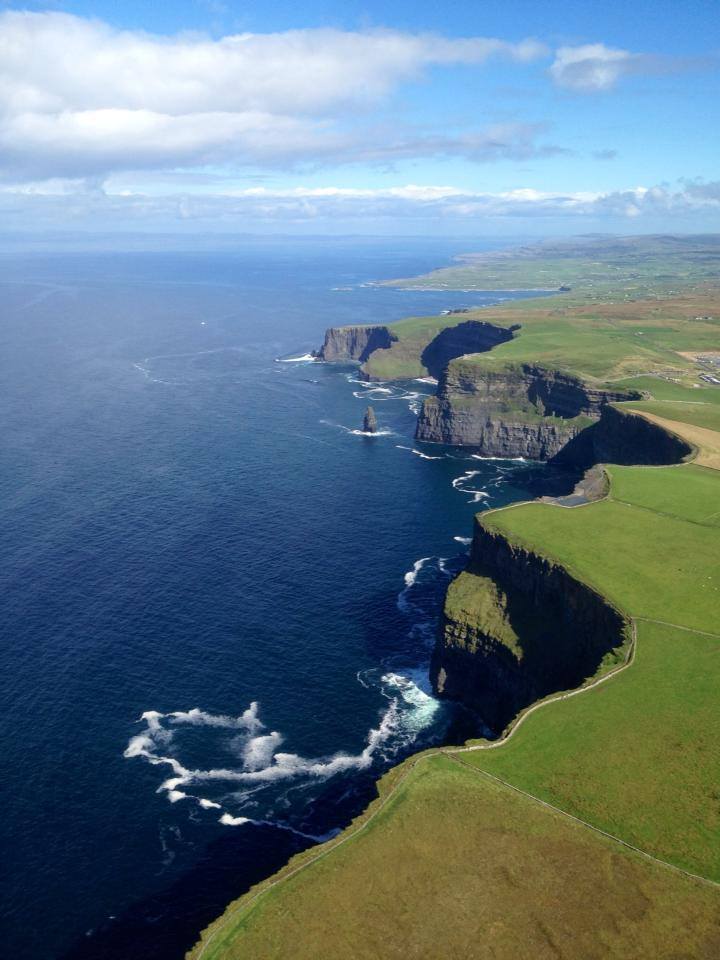 Our route took us south towards Black Head and then on down over the Cliffs of Moher as far as the Hag’s Head and the Shannon Estuary before circling back over the cliffs again, not for the faint hearted, back towards the islands. First up is Inis Oír and the Plassy Wreck and the lighthouse and then Inis Meain, the least visited of the islands (tip) and what's striking obvious from the air at least, is the miles and miles of stone walls which line the roads (boreens) and enclose the fields that criss cross all of the islands. As well as teasingly, clear, turquoise bays and white sandy beaches far below without a sinner on them, save a lone cow or random walker.... 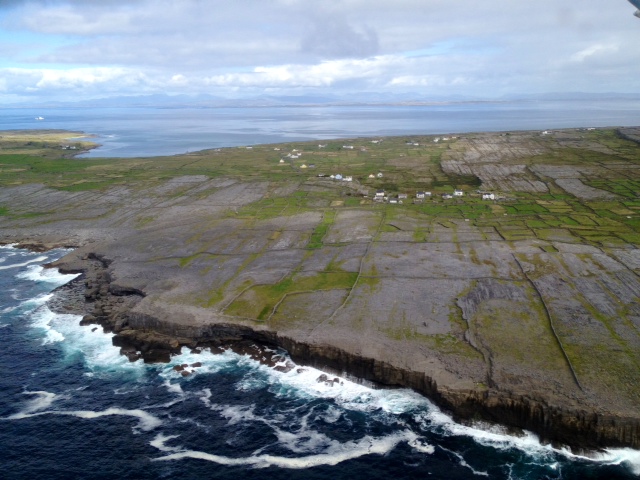 Another view you will never see from the actual island is the amount of deep caves on the rugged, westerly side of Inis Mór island, Poll an bPeist, the Serpents Hole, a rectangular natural pool in the rocks where they do cliff diving and Dun Aengus, a 3 tiered ring fort with bichon frise surrounding it or what’s left of it? It is believed that the other side of the fort fell into the ocean 1000’s of years ago. And on then to the lighthouse at the very northern tip of the island before circling back over Kilronan and landing on Inis Mór. You can take the option of staying for a couple of hours (an extra €25) which is well worth it if you want to explore the island on foot, by bike or in a pony and trap as well as more conventional bus tours. Or in my case, browse the Aran Sweater Shop and have a lovely seafood lunch with a view of the harbour on terra firma, 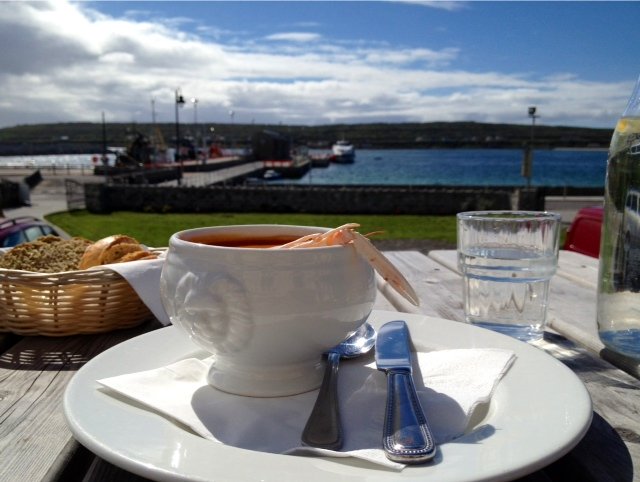