Marble Arch Caves were first explored in 1895 by Edouard Martel a speleologist from France and a Lyster Jameson a young scientist attached to the Royal Irish Academy in Dublin. They were brought there by the Earl of Enniskillen who lived nearby at Florencecourt who was himself a keen geologist and fossil collector. Hidden far beneath the blanket bog of Cuilcagh mountain for millions of years, nobody knew just how big the limestone cave complex was until this pair bravely crawled in through the rocks with a collapsible boat and magnesium strips to light their way. What they discovered was an extensive cave system, still being formed (as it is today) by the Cuilcagh river running through it and the massive marble (like) it was in fact calcite, arch which gave the caves its name. Martel commented back then that it would make a great tourist attraction but it was almost 100 years later, after some more extensive exploration by Yorkshire cavers in the 1930’s and careful clearance of blockages and the installation of access steps and walkways that the cave was finally opened to the public by Fermanagh County Council in 1985. 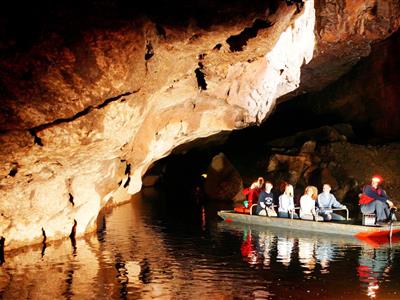 What is different about these caves, the only ones accessible to the public in Northern Ireland is that the first part of the tour is done by boat, weather conditions permitting? After heavy rain the water levels can rise dramatically preventing the electric boats from being able to pass under the marble arch so always ring in advance if this is something you would like to do. Hey where else are you likely to see a sandy beach that the sun has never shone on? This is followed by a guided tour of the various calcite formations, stalactites and stalagmites including the famous Porridge Pot calcified carbon flow. It’s anyones guess how old these caves are but when you think that that calcite forms at a rate of 1 cm every 1000 years it must run into millions of years and puts ordinary life (as we know it) above ground firmly into perspective. 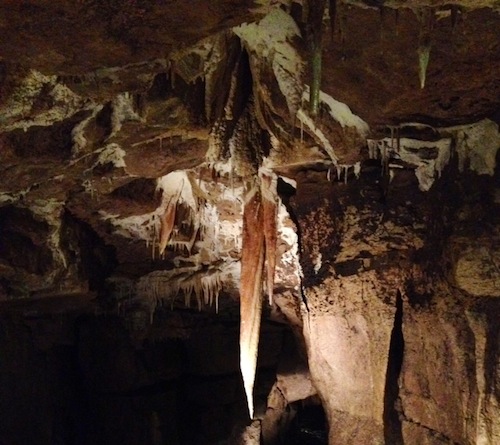 Marble Arch caves close from October to March not only because of the weather but to preserve the physical integrity and allow time for further on-going scientific analysis and monitoring of the caves. Most importantly and indeed because of the caves Marble Arch is now a designated Geopark with some 35 associated sites across Fermanagh and Cavan and is the only cross border Geopark in the world. All of these sites listed on the website and in their publications, are of huge physical, recreational, educational, cultural and economic importance to the area. There are 8 suggested itineraries that will take you further and deeper into parts of this beautiful country side that you would otherwise never have access to or knowledge about,  I for one will certainly be returning to explore more of these hidden gems. 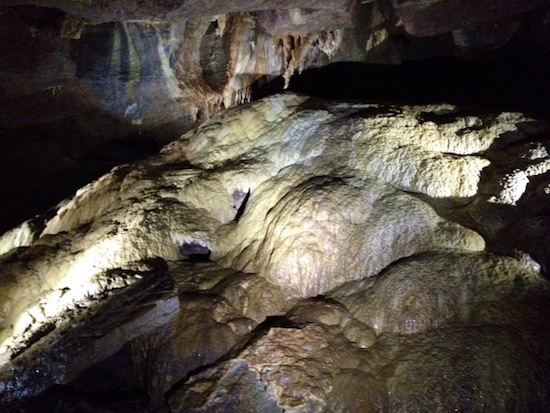 For more Things to See and Do in Fermanagh please click here.