St Patrick is the patron saint of Ireland, although he was not born in Ireland. Legend has it that, he was the son of an English nobleman and that he was captured and made to tend sheep here as a young boy on the mountains. He managed to escape but a voice kept telling him to come back to Ireland and convert the Irish people, pagans at the time to Christianity, which he did, God Bless him.... 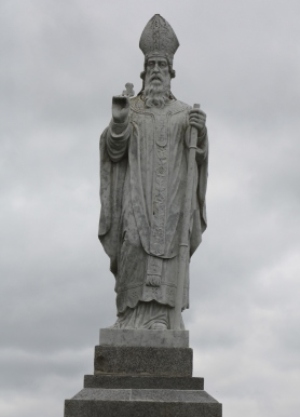 He used the 3 leaved shamrock to explain the Holy Trinity, God the father, God the son and God the Holy Ghost. Like other cultures around the world snakes represented evil and he reputedly drove them out of Ireland with his crozier. Which is true, we have no snakes in Ireland, thankfully. He travelled widely, hence his name derived from Patricius meaning father is given to numerous, wells, churches and even towns such as Patrickswell in Limerick throughout Ireland. 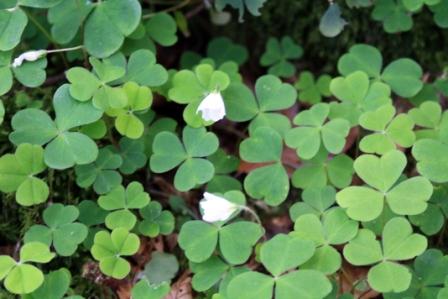 He died on the 17th of March 493 AD and is said to be buried in Downpatrick, County Down. St Patricks breastplate from the book of Armagh is a prayer often used as a blessing and sung at weddings. The following is a beautiful rendition of 'Hail Glorious St Patrick' by the The Irish Tenors, which is always sung at mass on his feastday.....