Belleek Castle is a real swashbuckling castle like its original owner Marshall Doran, who had a fondess for wine, women and the sea and no doubt he could sing a song too! A retired sailor, raconteur and adventurer he bought Belleek Castle in 1961 and set about making it into a home for himself and his family and his extensive collection of medieval treasures. He had a keen eye for antiquities and could turn his hand to pretty much anything that needed building or fixing. A self styled, hewer of wood, he built the whole of the Armada Bar at Belleek Castle out of salvaged timber from the wreck of a Spanish Armada ship which floundered in Killala Bay in the 16th century. Some 25 wrecks have been recorded off Ireland who came on that ill fated Spanish expedition to help the Irish wage war against the English and get their own country back in the process in1588. But it all went horribly wrong, what with bad weather and landing up in the wrong place at the wrong time, but that is a whole other story as they say, perhaps the barman will tell it you! 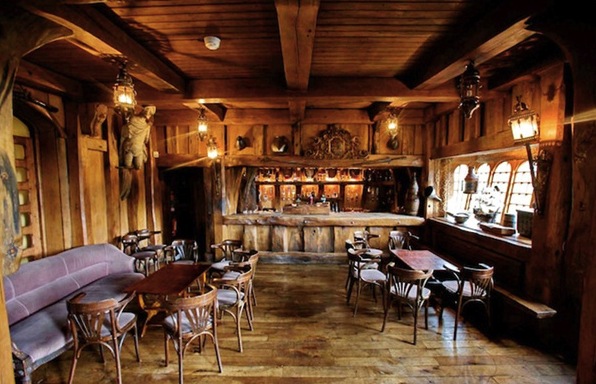 Belleek Castle has its own museum in the basement where you can see the Irish Pirate Queen, Granuaile’s actual bed, Marshall bought it from Westport House, whose heirs are direct descendants of Granuaile, a long time ago. There is a huge collection of medieval armour and weaponry as well as some very rare fossils. The museum’s curator Miriam conducts tours of the castle and museum at 11am and 2pm daily, adults €8 children €4 family €22. If you fancy staying for dinner, the dining room is as nice as the bar, all hand carved wood, red velvet and candlelight, it is very French in style with a huge open fireplace and has one several accolades including Best Restaurant in Connacht in 2014. There is an early bird menu and a gourmet tasting menu or à la carte later on. The speciality of the house is a ‘drunken bullock’ which is a fillet steak, flamed at your table, in Jameson’s whiskey in the handle of a Spanish Conquistador’s sword, pure theatre and equally as delicious. 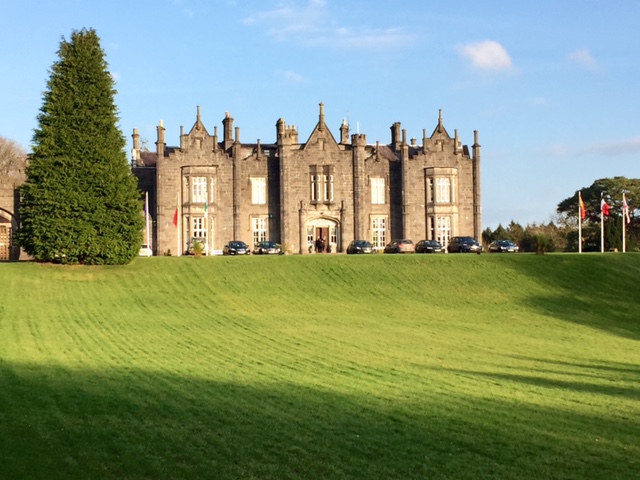 Belleek Castle sits quietly in the middle of a huge wooded estate, now owned and managed by Coillte, so there are lots of nice walks bordering the most famous salmon river in Europe the River Moy, whereyou can even watch the salmon leaping at the newly restored ridge pools in Ballina.  Sadly Marshall Doran died a couple of years ago at the age of 90 but has been succeeded by his son Paul, who along with his partner Maya make a charming couple and most interesting hosts. With only ten rooms, nicely fitted out with antique furniture, no two are the same, although No 6 is my favourite, you are never going to get a bus load of tourists here. Indeed a stay at Belleek Castle, in my opinion, is THE most authentic castle experience in Ireland right now.