The GPO Dublin is short for General Post Office truly is an iconic building and the focal point of O’Connell Street if you ignore the Spire! A beautiful Georgian Building with a classic pedimented facade with ionic columns of Portland stone it was designed by Francis Johnston and built by the British in 1814. Two hundred years later it  is still in daily use as a post office where apart from buying stamps, local Dubliners collect their pensions and pay their utility bills. Most famously though it was the scene of much of the action during the Easter Rebellion of 1916 when rebel leaders Padraic Pearse and James Connolly along with a contingent of Irish Volunteers seized the building and read out a new mandate for Ireland, the Proclamation of Independence which claimed Ireland as a sovereign nation and equal rights for all its citizens, while hoisting the Irish Flag from the roof for the very first time. Obviously this didn’t go down with the British who pounded the GPO Dublin with gunfire from the ground and sea which eventually led to the rebels surrendering the following saturday.  Not that there was much to surrender in physical terms as the GPO was virtually in ruins after the rising as were many of the surrounding buildings which had also been looted. But the tide had turned with the rebel leaders being executed in Kilmainham Gaol with Ireland’s independence officially becoming a reality in 1922. 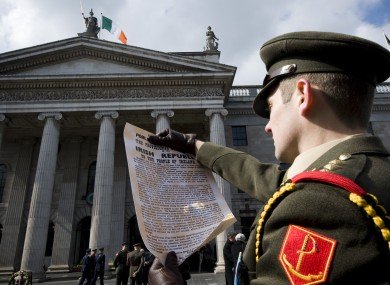 The GPO Dublin was extensively rebuilt and redeveloped as a centre of communications with RTE radio being incorporated into offices on the Henry Street side of the building with a shopping arcade leading on to Abbey Street on the other side. It was re-opened with great ceremony by President Cosgrave in 1929 and has remained relatively unchanged since. However with the advent of the centenary of the Easter Rising in 2016 and the attendant celebrations and memorial events it was felt that a permanent exhibition centre was needed. Which has led to GPO Witness History Exhibition being established on site which now occupies an area in the basement which explores the military and social history of the Easter Rising as well as a memorial wall. While the first floor opens on to the inner courtyard, formally used for mail coaches and previously out of bounds to the public, is now an exhibition space, with a shop selling nice memorial merchandise/ I bought a commemorative coin for my grandson with the GPO Dublin on the front and the 7 signatories of the Proclamation which I thought was very good value as it came in a nice presentation box for just €8 (I also bought the official 1916 issue remembrance stamps in the actual post office as well). I didn’t have time to stop for a coffee but the café looked nice with an enticing array of cakes and was doing a roaring trade in light refreshments while I was there. Access is by ticket only from the front entrance which is experiencing long queues at the moment as it is only newly opened but you can skip the queues by booking online. 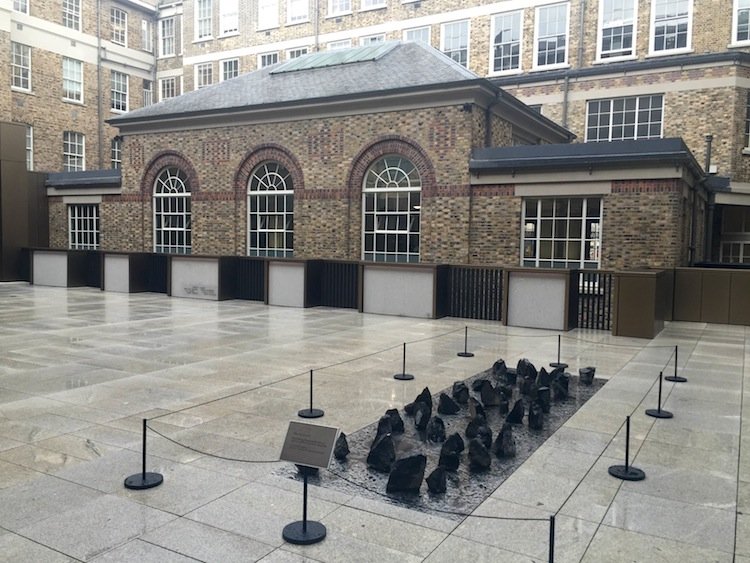 For more information re the GPO please click here.