Ireland’s Hidden Gems - Ireland Places To See 2016 is out now on Amazon.com and includes what I consider to be the best Places to See along the Wild Atlantic Way, a new 2500km driving route along the Western seaboard of Ireland. I have travelled extensively along this route, from the top at Malin Head in Donegal, to the bottom, Mizen Head in West Cork and beyond to Kinsale and Cork City. Highlights included are Tory Island, Slieve League, Mayo and Achill Island, Westport and Clare Island, Clifden and Connemara, the Cliffs of Moher, Loop Head and beyond...

Adare, Dingle, the Great Blasket Islands, Killarney, the Ring of Kerry, Valentia Island and the Beara Peninsula each and every one more spectacular than the last! These were the kind of experiences that constitute the best days of your life and are not to be missed. There were quite a few detours inland of course, to places like the Fermanagh Lakelands, a true hidden gem, not even the Irish know about! And lots of island hopping too, from a sublime day on the Great Blaskets to a spiritual tour of Holy Island on Lough Derg. 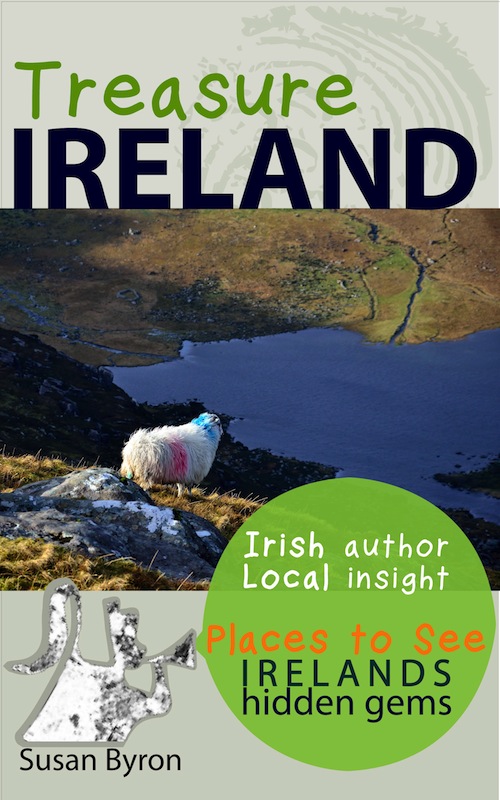 Every little corner of Ireland has a story to tell for sure and if you take the time and trouble to seek out just some of the places in this eBook  Ireland Places To See 2016  trust me, you will have a much more exciting and authentic experience of Ireland than the vast majority of tourists, who rush about Ireland ticking the big name boxes, but only ever scratching the surface.

Ireland Places To See 2016 digs a little deeper and goes a lot further than the regular guidebooks into what the Irish are really about and what is so unique about this tiny island nation of Ireland that millions around the world claim heritage to and a connection with.

Very briefly, Ireland is divided into four provinces, Leinster, Munster, Connacht & Ulster. As you can imagine, each has its own distinctive history, cultural characteristics and landscapes and even in some cases their own dialect or accent. Loyalty to the provinces runs deep, which you will quickly realise if you happen to be in Dublin on an All-Ireland final day. We have been known to paint cars, houses and even dye sheep in our county colours, such is the fever pitch on the day. But county rivalry aside, we all share the same national pride in our country, whether we are lucky enough to live here or have emigrated to the far flung corners of the world.