For big creatures,whales are notoriously difficult to find, just as well so that we were travelling with Colin Barnes, an expert whale spotter who had been a fishermen in this area for 30 year before switching careers to tourism and guiding. In fact an acclaimed international wildlife photographer who has tracking whales from New Zealand to Newfoundland, reckoned his experience in West Cork rivalled any other he had seen anywhere else in the world. Such is the diversity of whales, dolphins, porpoises (cetaceans) basking sharks and even Mola mola (sunfish) to be found off the South Coast of Ireland, when they migrate here following the warm waters of the Gulf Stream from God knows where. Apparently no one knows exactly where they give birth, mammals like us they bear live calves who suckle and swim almost instantly and cruise the warm waters of Gulf Stream that laps the southern coast of Ireland. 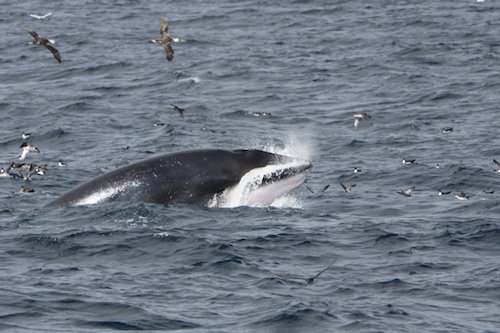 Ireland has a 200 mile exclusion zone which has been a whale and dolphin sanctuary since 1991, the first of its kind in Europe, iniated by the Irish government in at the behest of the Irish Whale and Dolphin Group. Unfortunately we weren’t so enlightened once upon a time when we allowed a Norwegian whaling station to be set up on Inishkea off Achill in County Mayo in 1908, it closed thankfully after only 6 years. In those days the oil from whale blubber was used in lamps and for making candles so it was very valuable economically. Colin thinks that whales like elephants have long memories which is why they don’t seem to venture very far up the West Coast. I have seen basking sharks off the Blaskets and there is a place called Sunfish Rock on Inishbofin but, I have never heard tell of whales much further north than Loop Head. However, down in West Cork from June to January especially they are present in numbers and variety of species that mystify even the experts. One local lady, a regular passenger on Colin’s whale watching trips told me of an idyllic day last October when they had seen the whole gamut, fins, humpback, minkes, not to mention countless dolphins and porpoises..... 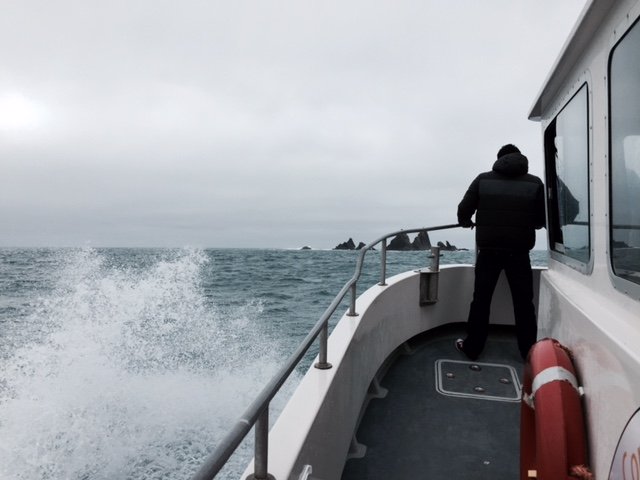 Mad jealous, I had never even seen a whale for real, yet less than 10 minutes out into the bay, from Reen Pier (opposite beautiful Castletownshend) the shout went up “Minke pod, dead ahead!” I thought we would of had to travel for hours out to sea, Moby Dick style (which incidentally was filmed just down the coast in Youghal) when Colin cut the engine and started a slow circle, looking for the tell tale signs of gannets and gulls in a feeding frenzy of the half eaten sprats and herring left behind by feeding Minkes. I spotted a Minke, Colin had already thoughtfully told us what to look out for, we watched for it to resurface, obviously the fin is only the tip of the iceberg so to speak. Unfortunately that one eluded us but that’s the luck of the draw.... they are wild creatures after all but I could die happy at least! Colin reckoned they had probably been gorging themselves on fish since dawn, he gets up early to go and spot them on the headland before going to work and were most like lounging about the ocean floor somewhere far underneath us. 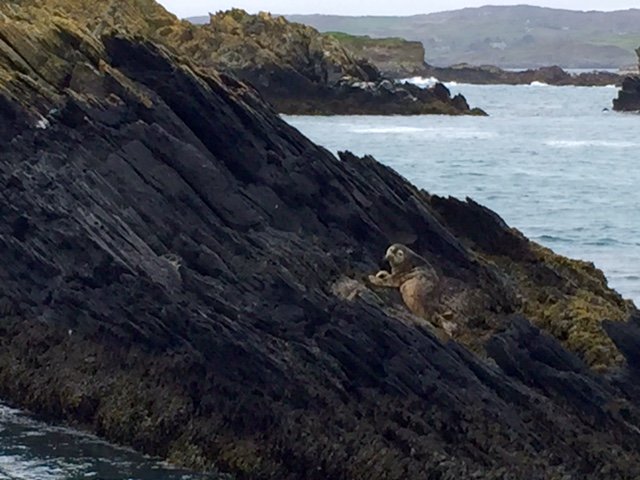 Trying not to sound stupid I asked what seemed like an obvious question, I had really gotten the whaling bug by then, could he not use radar or sonar to locate them? But he kindly explained that a whales eyesight is quiet useless, they depend on the their hearing to get their bearings, locate fish and find their pod, so if a whale’s hearing is damaged by sonar as indicated by the odd dead one washed up they are pretty much doomed which put a sharp end to that line of reasoning. Looking at Colin’s log later on, he showed me an entry for a morning cruise last August when practically every species had been sighted yet, that afternoon zilch! But there is plenty of other sights and wildlife to be seen as Colin expertly manoeuvres the boat close to the remote islands to view the nesting seabirds and seals playfully eyeing us up. I was very happy to see my first and only Minke in Irish waters and the experience only whetted my appetite to go back and try my luck another day. Who would of thought such a thrilling wildlife experience like that would be available off the West Cork coast? 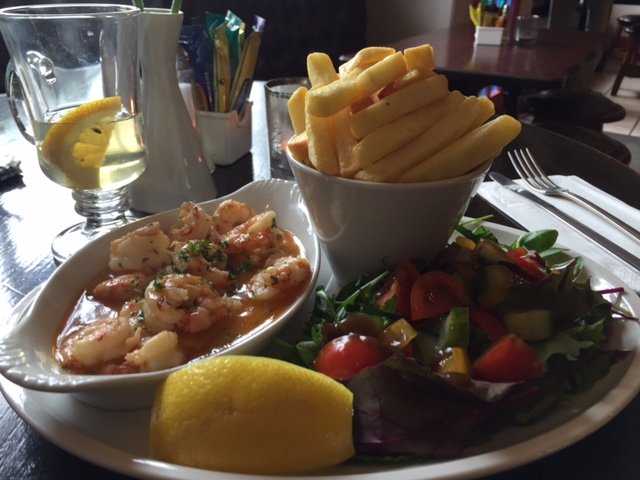 Incidentally, even in summer it can very cold out at sea, so do bring a few layers and watch your camera, they don’t like seawater ! And it can be a thrilling, but totally safe white knuckle ride, ripping along the coastline but do bring some gloves. On Colin’s recommendation, I retired to nearby Casey’s Pub and Restaurant in Union Hall (which is under new management) for a hot whiskey to warm me up and some delicious hot garlic prawns, chips and salad, by a real fire in the company of my fellow passengers.

To book a whale watching trip with Colin, which costs €50 per adult with discounts for students and children please visit Cork Whale Watch The trip lasts for about 4 hours and goes out most mornings depending on the weather with a second sailing in the afternoon throughout the summer.

And if you fancy something nice to eat or drink afterwards try Casey’s Bar in Union Hall which I can heartily recommend.

Finally if you would like more information re other Things To Do and See please visit my webpage about West Cork.