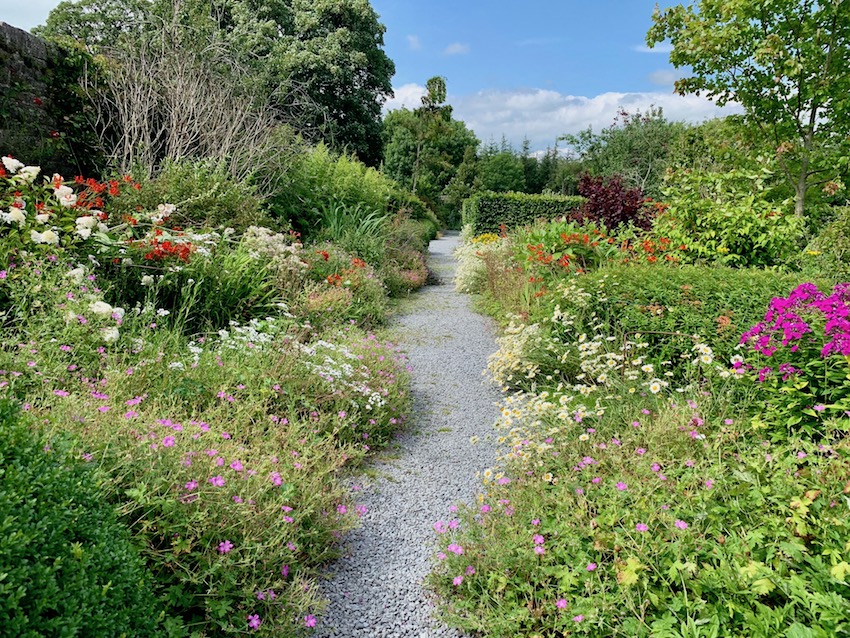 Woodville walled garden is as inspirational as it is delightful! The restoration of the walled garden was begun 12 years ago by owners Margarita & Micheal Donohue. Ably assisted by head gardener Marie, it has 'matured' into a very pretty floral oasis just off the N66 near Loughrea, County Galway. But it was the musings of Michael's late aunt, Sister Austin who remembered the garden in its heyday that kickstarted the project. She had lived in Woodville since the age of 3 and her earliest memory being that of ripe peaches.... that really laid the foundations to the walled garden restoration. 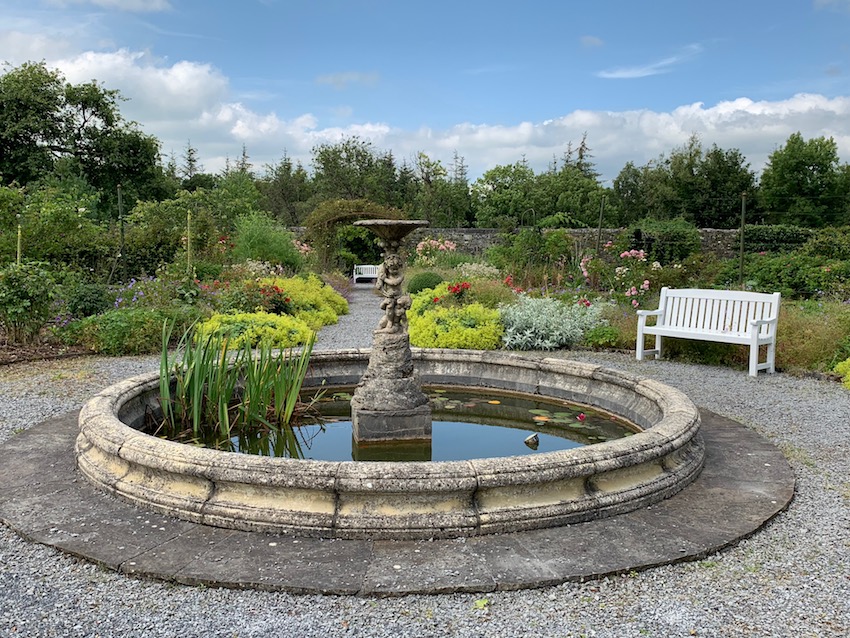 The pond at Woodville surrounded by scented roses

Planting plans for the spectacular herbaceous flower beds were drawn up by the renowned Daphne Shackelton, followed by the serious hardwork of repairing stone walls, laying new paths and cultivating what had been a former sheep paddock into the wonderful garden it is today. 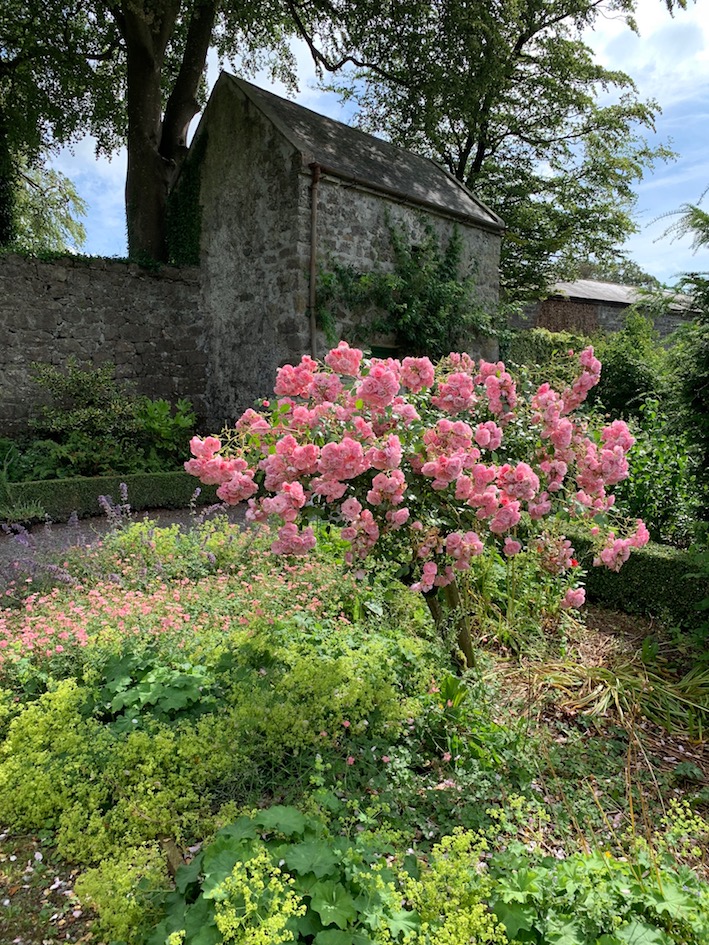 The Dovecote at Woodville Walled Garden 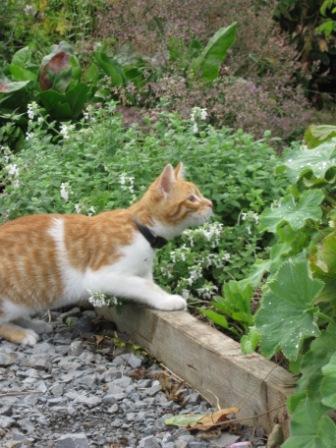 Percy the cat protects garden against trespassing butterflys! Occasionally, though he is distracted by the fantail doves which have taken up residence in the new renovated Victorian dovecote. Clever planting combinations in the vegatable patches protect against other potential pests! 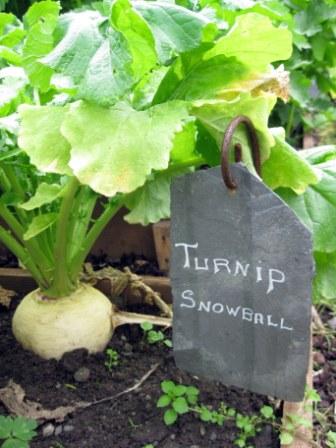 Woodville Walled Garden is a charming diversion and well worth a visit. Open from early spring and throughout the summer until the end of October from 11am to 5.30pm, it has a small shop and indoor and outdoor seating with tea & homemade cakes available, small groups welcome by prior arrangement. 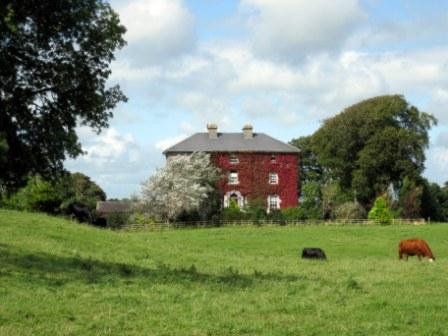