Inishowen in County Donegal is a huge peninsula jutting out into the Atlantic ocean at the most northerly point of Ireland. A scenic route called the Inishowen 100 (kms) runs around the perimeter boasting more views per square mile than most of Ireland and that’s saying something! In fact, you can see the sea from just about everywhere on Inishowen. I started my trip by taking the ferry across Lough Foyle from Magilligan Point, just north of Derry, which runs every hour throughout the summer with a handy roll on, roll off service. There’s is a nice pub called The Point which serves good seafood and pints of Guinness, sure you can always catch the next ferry! When you (eventually) land in Greencastle you can take a right and go on up past North Burg Castle to Stroove Lighthouse and have a walk (or even a paddle) on either of the small beaches which both have magnificent views back towards Binevenagh Head and / or visit the Maritime Museum and Planetarium in Greencastle itself. 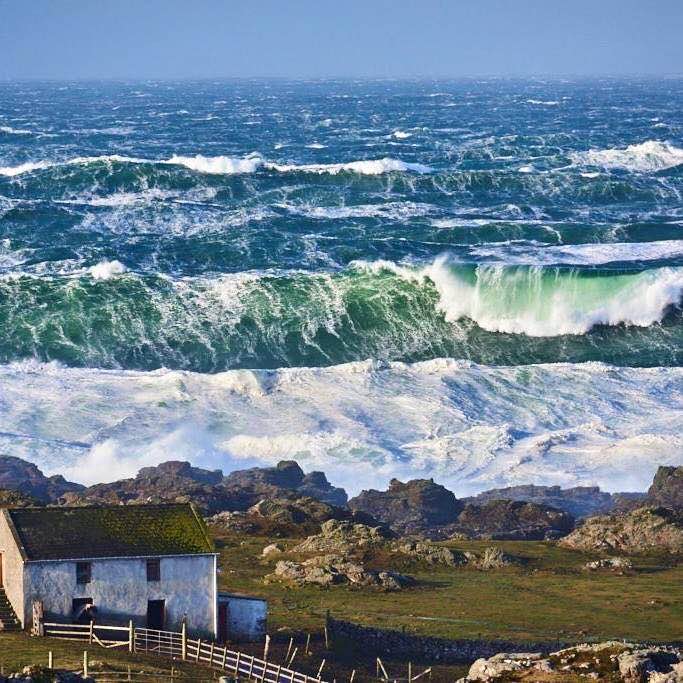 I have been told Keeley's on the seafront is also excellent for seafood. From there head south to Moville before turning inland and heading up towards Malin Head via McGrory’s in Culdaff, a famous music venue (in the middle of nowhere that attracts the biggest acts in an intimate setting). But, first you should do a detour to see Kinnego Bay where the Spanish Armada ship the Trinidad Valencera sank in 1588 and was only discovered some 400 years later by Derry sub-aqua club. Artefacts from the wreck are now on display in the Tower Museum in Derry. 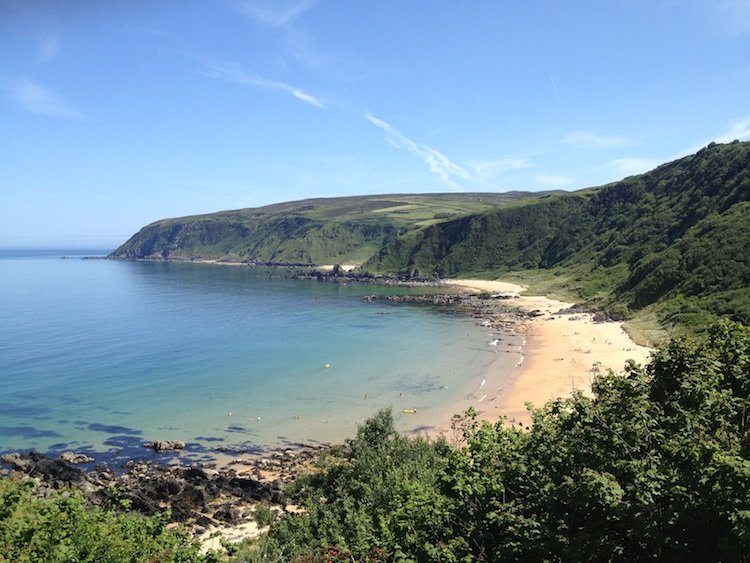 At the very top of Inishowen is Malin Head, a birders paradise and the latest location for Star Wars (is anywhere safe) with its famous weather station next door to Farren’s Pub. The most northerly in Ireland which makes a change from oldest, highest, you name them, I’ve surely seen them all! The last time I was up there Malin Head was wreathed in fog (while the rest of the country basked in the sun) but you could just make out the giant word “EIRE” etched in white stones, which let WW2 planes know they were flying over neutral Ireland at the time. Following the road back towards Carndonagh you will pass the Five Fingers Strand and the highest (we are into superlatives again ) sand dunes in Ireland. Malin village itself is beautifully kept and has won numerous Tidy Town awards. 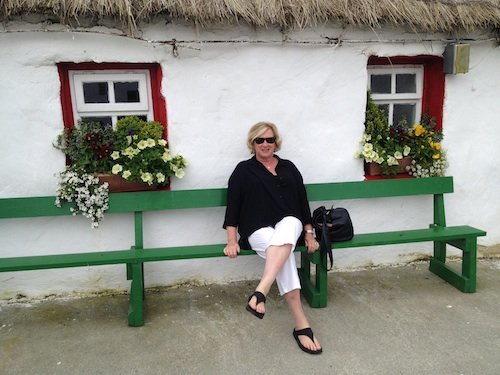 the Isle of doagh

Cross over the pretty stone bridge with its ten stone arches and head on into Carndonagh where you can take the road back to Derry via Quigley's Point or take a right for Ballyliffen, the Isle of Doagh and the Famine Village. This is an excellent local initiative which tells it like it was (and is) according to “the older people” from the actual cottages that were occupied by the same family that run this site, right up until the 1980s. From there follow the coast via Ballyliffin and Clonmany to go up and over scenic Mamore Gap and on down to visit Dunree Fort. From its commanding position overlooking Lough Swilly and Fanad Head this was a heavily garrisoned WW1 naval base (reached by a drawbridge) used by the English that is now enjoying a peaceful transition into a wildlife reserve. 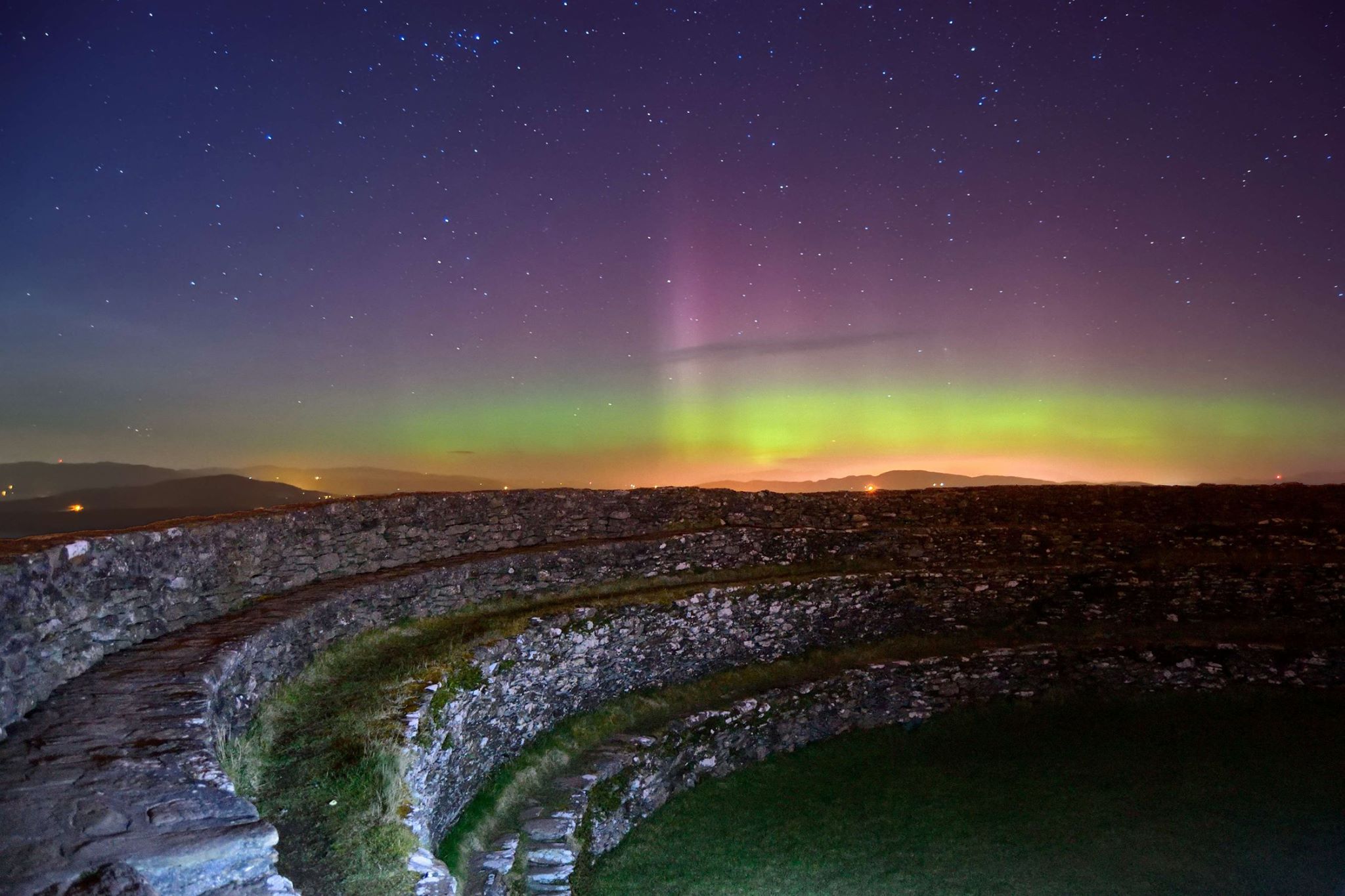 The Northern Lights from Grianan an Aileach, Burt, County Donegal

From there the coastal road winds back through Buncrana, a large and popular seaside town, towards Fahan, where John Newton is thought to ahve composed that immortal hymn 'Amazing Grace' and Inch Island, another nature reserve and on into Bridge End, home of Harry's Bar and Restaurant. Which has made a serious name for itself in terms of fresh fish and meat and innovative vegetables and fruit grown in their own walled garden. After you have been very well fed and watered your last stop has to be a drive up to Grianan an Aileach to watch the sunset. An ancient 3 ringed stone fort, it commands an incomparable view out over Derry, Lough Foyle and Lough Swilly and all of the neighbouring counties. With glorious pink and purple hues over a patchwork of green and gold fields it’s beyond beautiful with the sea mists rolling in from the Atlantic turning pink the sun sets....

Of course you can do the whole of Inishowen the opposite way around either but my advice is to split your trip into two or even three days. If you are pushed for time and / or you are blessed with good weather take a helicopter ride from Derry airport and see it all from the air. Either way don't miss this very beautiful, little known and totally unspoiled part of Ireland.

For more Things to Do and See in Donegal please click here.