The Hill of Tara

Tara, the ancient seat of the High Kings of Ireland is constantly revealing more of its secrets. It is a vast archaeological site which is being continually investigated with non-intrusive geophysical surveys, one of which revealed a huge wooden henge, much bigger than Stonehenge in England, measuring some 170 metres in diameter, which suggests Tara was possibly an even more important site at that time. This monument which would have been similar in size to our modern Croke Park Stadium, would of had a huge impact on the skyline at the top of this hill already visible to the surrounding areas for mile around. It enclosed the Rath of the Synods, the Mound of the Hostages and several standing stones including the Lia Fáil or Stone of Destiny and an ancient coronation stone which was believed to have roared three times, when the true king of Ireland struck it with his sword.... 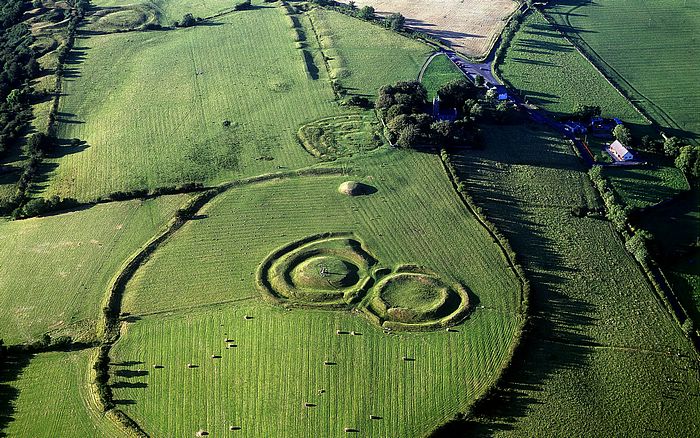 Tara, ancient seat of the High Kings of Ireland

All that is visible in Tara today, is a series of grassy mounds, so the visitor may find it difficult to comprehend or even imagine the importance of this extremely ancient and sacred site, but you will definitely feel it. The sheer scale of the site and the uninterrupted views over the surrounding several counties, being the first indication of the strategic positioning of this ancient monument, believed to date back to beyond 2500 BC.

There is an audio visual representation in a former church on the site which helps to explain the history and mythology of the place. It may take a leap of faith to conjure up the bigger picture and it is certainly not a site for sceptics or the unimaginative but terribly rewarding for anyone with an inkling of Celtic soul.....

We visit Tara on my Guided Tours of Irelands Hidden Gems and have a private guided tour of the site. 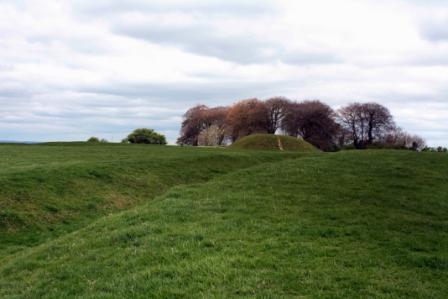 Mound of the Hostages at Tara in County Meath.

You can view a far more informed and detailed description of Tara and its significance by award winning documentary maker Mairéid O'Sullivan below.

1 Newgrange, or Brú na Bóinne as it is known in Irish, is not far from here and Ireland's most historic monument. It predates the Pyramids of Egypt and is still precisely aligned to the Winter Soltice on the 21st of December some 5000 years later.

2 Navan is a lovely old market town and birth place of Francis Beaufort who invented the Beaufort windscale.

3 Take the back road to Slane signposted Duleek and explore the river Boyne by walking along one of the many lovely tow paths that were once part of the Boyne Navigation System.

4 Beauparc is particularly lovely with a small graveyard overlooking a bend in the river, not the worst of places to wind up....

5 Take a left turn to visit Slane village, check out the four large houses opposite each other at the crossroads which originally belonged to four sisters.

5 Slane Castle, take a left at the cross roads, peep over the green gates to see the site of the legendry open air rock concerts run by Lord Henry Mountcharles, all the greats have played here from Bruce Springsteen to U2...

6 Or climb the Hill of Slane go straight through the crossroads, take a left and walk up to the churchyard there. This where St Patrick infamously lit the first Pascal fire in defiance of the High Kings of Tara.

7 Visit the Battle of the Boyne centre, Oldbridge, County Louth which commemorates the biggest battle in history of Ireland which took place in 1690.

9 Monasterboice see the largest and tallest high crosses in Ireland, including the sandstone high cross of Muirdeach with its intricate carvings and the North Cross believed to be the first depiction of the game of hurling in Ireland.

10 Trim Castle this is where the movie Brave Heart with Mel Gibson was filmed. Access to the castle itself is by guided tour only, suspended walkways and superb views from the ramparts.