This is a really great alternative to the Slea Head drive which is often bumper to bumper (on narrow) roads in high season. You will see so much more and get up close and personal with the Blasket Islands which are without doubt one of the most beautiful places in Ireland. And there are plenty more surprises with Ireland becoming a serious contender as one of the best whale watching areas in the world. They have all been sighted in these waters, Minkes, Humpbacks, Fins and even Orcas as well as dolphins and porpoise, not to mention countless seabirds and the adorable puffins which always steal the show.  Mick Sheeran and his skipper Pat are very experienced boatmen who previously fished these waters before changing tack to tourism. 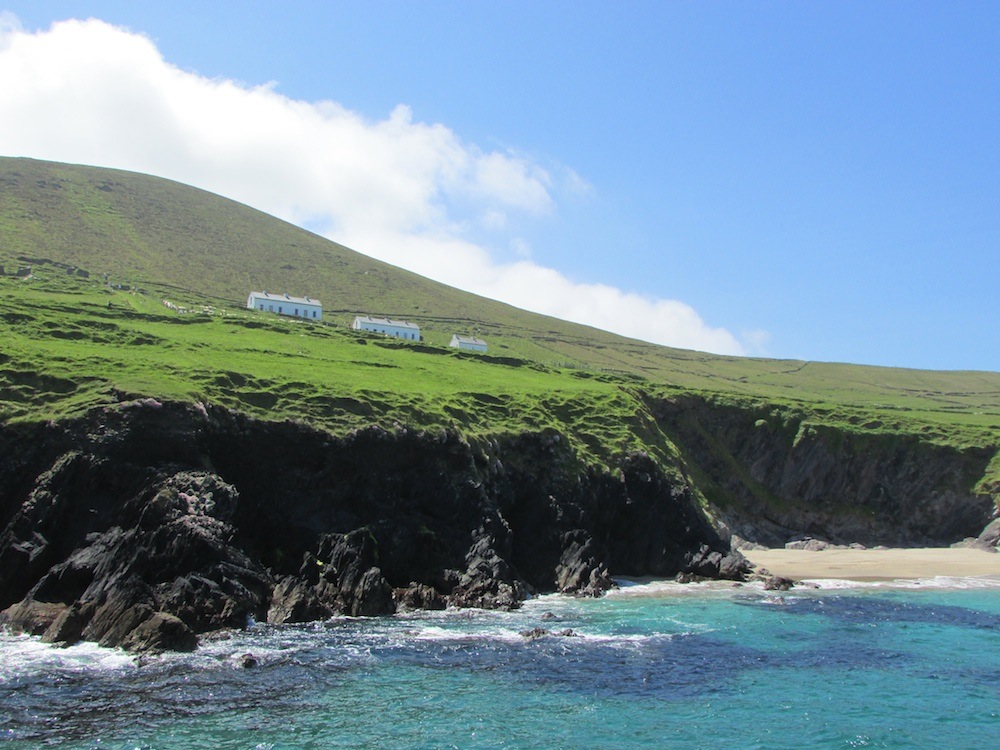 The tours leave from Ventry harbour or Ceann Trá (as Gaelige) a perfect sheltered horseshoe bay with crystal clear, clean water which hints at the delights to be seen. On board for the eco tour which leaves each afternoon at 1pm (weather permitting) is wildlife expert and enthusiast Britta, aren’t we all especially when you spot a whale breaching or become addicted to puffins who are the penguins of the Northern hemisphere. Who I hope won’t mind me saying has the funniest accent I have ever heard having relocated to Dingle 28 years ago from Germany. The Blasket Princess is very safe obviously with a licence to hold 44 passengers and flying bridge up top, after a quick safety briefing, we are told to keep an eye out for whales and basking sharks, which are the second largest fish on the planet and very plentiful here from April to June when they migrate up the West Coast of Ireland, no doubt admiring the Wild Atlantic Way en route, before disappearing, no one knows where for the winter! 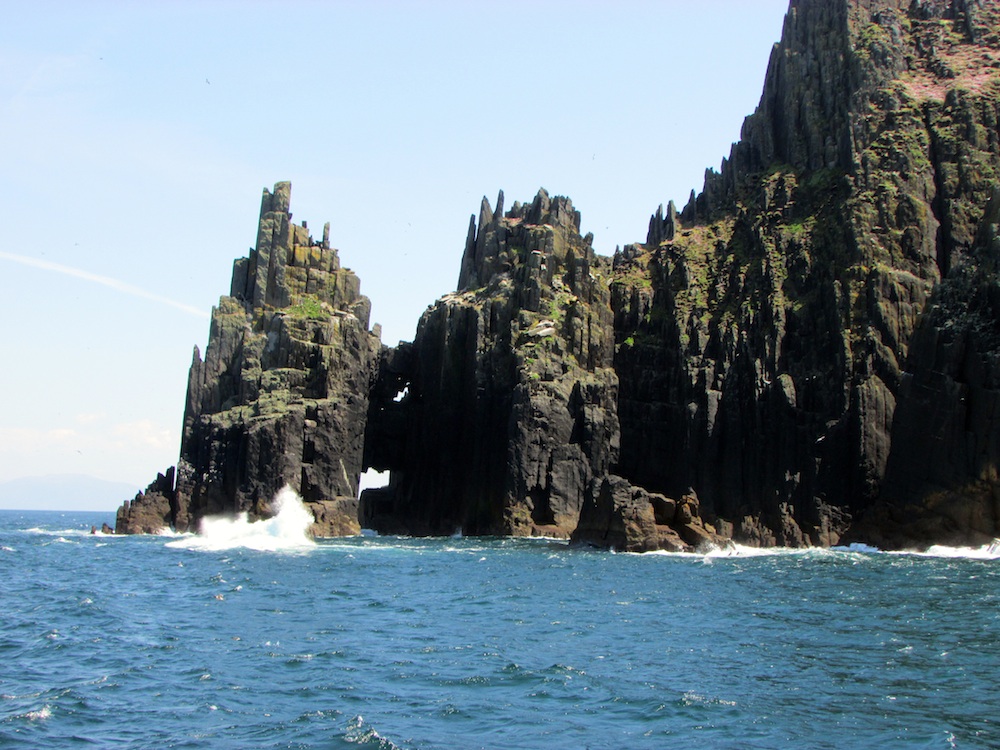 First stop is the Great Blasket with its show stopping Trá Bán (white beach) where you will see dozen of seals darting in and out of the surf. The Great Blasket was abandoned in 1953 so it virtually pristine, but left a great legacy of Irish literature and music including an air called Port na Púcaí believed to have come in on the wind with the fairies. Depending on the wind and tides which can necessitate a change of direction the tour continues out towards Inishtooskert known as the Sleeping Giant, Tearaght and my favourite Inishnabró or the Pink Island as Mick calls it because it is covered in wild pink flowers Armeria Maritima (Sea Thrift) in the summertime. But its commanding and most compelling feature are the Cathedral Rocks on its (northern flank) Game of Thrones eat your heart out....Around the back we hauled up in the lee of the island for a close up view of the puffins who are the funniest little creatures and more like wind up toys with silent little whirring motors constantly set to “on”. 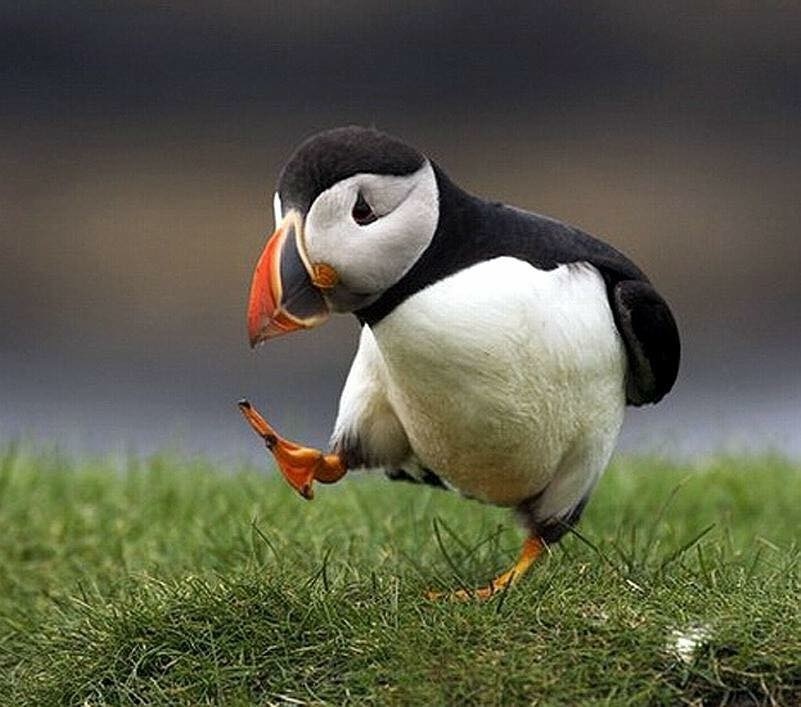 We then circled Inishvickillane which by rights belongs to the nation having been bought for a song by former rogue Taoiseach, Charles Haughey, who introduced a herd of wild deer here for his own amusement amongst other things, but we won’t speak ill of the dead. On the way back there is a seamount called Wild Bank is a favourite whale spotting area, apparently they circle around the fish causing them to bubble to the surface and then make an attempt to gobble as many as possible in one huge gulp. You can watch a brilliant short video taking by Mick of a humpback feeding with dolphins circling on one of his trip below. Tell tale signs are  "bird clouds" eg seabirds gathering to make the most of the left overs, we were very lucky and highly thrilled (not just me) everyone on the boat, to see a  Minke whale feeding. It was the perfect end to a perfect day, so put a trip out with Marine Tours.ie on your bucket list if you ever come to Ireland and find yourself on the Dingle Peninsula.

For more information or to book an Eco Marine Tour please click here.