More and more American tourists are choosing to sail into Ireland as part of their European cruise which docks at either Cork, Galway, Belfast or Dublin. With over 100 cruise liners expected to dock in Dublin alone in 2014, a similar number is expected in Cobh, County Cork while Galway has plans to create Ireland’s first Waterfront City to accommodate upwards of the 50 ships that already have plans to anchor off the West coast this year. With each ship bringing 1000s of passengers the opportunities for doing business and entertaining these folk are endless and it's very much a two way street. For example apart from the obvious benefits to retail, restaurants, pubs etc in Galway City, visitor attractions like the Cliffs of Moher in Clare and Kylemore Abbey in Connemara are all well within reach on a day trip from Galway. Similarly in Cork, or more correctly Cobh which is the 2nd deepest port in the world after Sydney, Blarney Castle, Kinsale, Waterford Crystal and the historic town of Youghal are all only a stone throw away from the dock. There’s 6 not counting the very pretty painted hillside town of Cobh itself, last port of call for the ill fated Titanic 101 years ago. 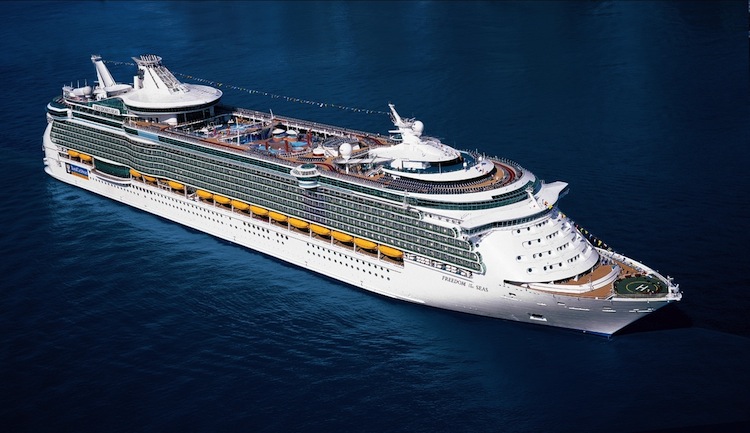 From Belfast you can visit the Giant’s Causeway, Bushmills Distillery and the Titantic Quarter or do the famous Black Cab Tour of the city which is a sightseeing tour and history lesson all rolled into one. Saving the best till last, I am biased being from Dublin, but yes the capital of Ireland has it all and more. You can do a sightseeing tour of the city itself which will take you all of two hours and then go back and see the highlights properly for yourself. I recommend a visit to Dublin Castle, which is a relatively quiet oasis in the middle of this bustling city. After the guided tour of the sumptuous staterooms you are brought underground to visit the medieval ramparts. Also on this site it the restore Chapel Royal where the TV series ‘The Tudors’ was filmed and the knot garden under which lies ‘Dubh Linn‘  (the black pool) where the city was founded. 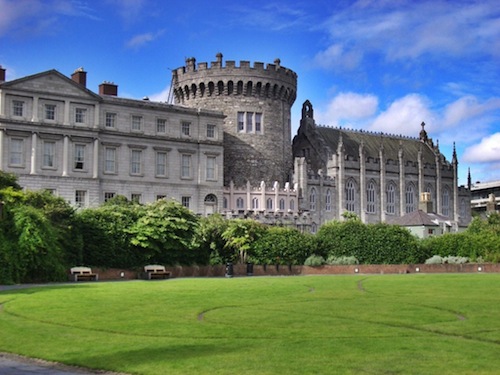 Two other great day trips you can do out of Dublin are Newgrange, an ancient neolithic site which is older than the Pyramids and still precisely aligned to the winter solstice on the 21st of December when the rising sun lights up the inner chamber. Trim Castle where the movie ‘Brave Heart’ was filmed is the largest Norman castle in Ireland, standing some 80’ off the ground the 360 degree views are impressive. Malahide Castle closer to Dublin has just had a €10million refurbishment and is open again to the public. Powerscourt House & Gardens on the south side of Dublin near Enniskerry has been welcoming tourists since the time of George IV who visited in 1821 although St Kevin arrived much earlier in the 6th century in fact to establish his monastery at Glendalough in the Wicklow mountains.

Companies such as Cruise 1st are a good place to inspiration for your next cruise holiday.